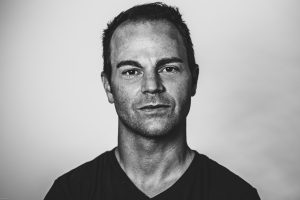 Ryan Cleek is a graduate from the Butler University School of Journalism. Racing bicycles since he was only five years old, his enthusiasm for riding carried over to his professional life. During his career, he’s worked as an editor (writer / photographer) for worldwide mountain bike magazines, and as the Marketing Director and Creative Content Producer for global action sports brands. Currently, Ryan runs his action-sports-focused media production outfit, and is a contributing video producer, writer, and photographer for Bike magazine.

He has self-produced two feature-length, award-winning action sports documentaries. Most recently, Ryan partnered with mountain bike icon, Cam Zink, to create “Reach For The Sky,” which tells Zink’s story of perseverance in pursuit of his dreams, while simultaneously examining the risk and reward in action sports, specifically freeride mountain biking.

Intent on making unique, story-driven action sports projects, Ryan draws from his experience as a writer, filmmaker, photographer, and rider, to go behind the goggles and into the soul of

action sport’s most captivating individuals to deliver a one-of-a-kind look into their lives and athletic pursuits.